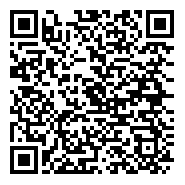 Imitation plays an important role not only in human development, but in learning as well. It is defined as a fundamental precursor for the development of communicative-linguistic skills. Moreover, in the development of learning, in foreign language learning, the contribution of neuroscience and more specifically the role and functioning of the mirror system (mirror neurons) plays a central role. In this study, we wanted to investigate whether there were correlations between early imitation and learning a foreign language in a sample of 42 children aged 36 months, making an assessment at the age of 2 years and then at the age of 3 years. Our results showed a positive correlation between early imitation skills at the age of 2 years and the development of language learning, both Italian and English language, which occurred after the age of 3 years.

Within the human development and in learning motor, communicative and social skills imitation plays an essential role. Pellegrino et al. have reported that in the premotor cortex of the monkey (area F5) there are neurons that are activated both when the monkey performs an action both when it observes an individual doing a similar action et al. Therefore, Rizzolatti et al. discussed the role that the cortical motor system plays in understanding and imitating the behavior of others. They found out a mechanism called Mirror Neuron Mechanism (MNM), located in the motor system [1]. It plays an important role in action understanding. The ability to understand and control motor actions is an important aspect of everyday life.

For example, both social interactions and personal relationships could be affected by the ability to imitate other people’s body language. Human being can imitate somebody else even if there is no spontaneous intention e.g., when during a conversation people adopt a similar expression. The MNS provides a matching mechanism that seems to play an important role in social cognition. Indeed, it may describe the social nature of language. It is now established that the Broca’s area, previously considered a speech production area, contains neurons activated by execution/observation/imitation [2]. Human language is one of the most complex codes used to communicate among individuals. In the first year of life, infants are so focused on the sounds in their environment and they hold verbal information and becoming experts at recognizing, discriminating, and categorizing those speech sounds [3].

According to Vygotsky, the zone of proximal development is the most significant element linked to learning. New steps in development emerge as a result of learned actions and sometimes even go beyond these actions themselves. Vygotskij points out that by learning an action, a person acquires the possibility to execute that action structure and also appropriates an activity of structuring reality in a variety of ways. As a result, the person appropriates new action potency that stimulates new needs and interacts with already available needing. In addition, the author advises to underline the next stage of development in which the pupils are placed, because the purpose of the teacher is to transform the current potential of the student into proximal potential (skills learnt by an adult at a certain age only), [4]. Learning a foreign language means assimilating meanings already acquired through the process of abstraction and generalization of the mother tongue in another linguistic code.

The sample consists of 42 children of 36 months selected within a bilingual kindergarten in Caserta. Specifically, the inclusion criteria were: (a) Children aged 22-24 months at the time of administration of the early imitation assessment test (T0), (b) Absence of documented neuropsychiatric conditions, (c) Belonging to a middle-upper cultural class (evaluated by administration of the Economic Scale-Social–SES. The sample consisted of 23 females and 19 males with an average age of 23.4 months (SD 0.51) and an average SES value of 7.1 (SD 0.62).

The data were collected at the Disability Research Centre (DRC) of the university of international studies in Rome in collaboration with the Italian Foundation for Neuroscience and Developmental Disorders (FINDS) by qualified psychologists. The children were all exposed to the teaching of Italian and English language: A part of playing and learning activities was specifically presented and managed in English to encourage the enhancement and knowledge of this second language. Children’s parents included in the project were all Italian and they referred to children exclusively in Italian outside the school time [9,10].

The protocol used for the evaluation of the inclusion criteria consists of the following tests: The subscale early imitation (IS) of the SCS-PV Test [5,6], the subscale vocabulary of McArthur in the two Italian versions and English for the assessment of language skills for Italian and English [11].

SES: Self-administered questionnaire that allows collecting information about the level of education and professional of parents and indicates the position of the person or family within the social system. The socio-demographic questionnaire was administered to derive, for each parent couple, an index of the socio-economic level (SES-calculated with Hollingshead index) and other demographic and lifestyle variables. The SES is a cultural and economic index that is calculated as a weighted average between the educational level and the work done by both parents [12].

The MacArthur-Bates CDI: Questionnaire given to parents designed to assess the communication skills of developing children from "first signs of understanding, their first nonverbal gestural signals, the expansion of primitive vocabulary and the beginnings of grammar". The CDI provides norms that are based on a typically developing sample. There are two versions of the measure, both in checklist format: (a) The words and gestures version, intended for children between the ages of 8 and 16 months, and (b) The words and sentences version, intended for children between 16 and 30 months of age. The words and gestures version includes five pre-speech items, which cover skills such as response to name and verbal labeling and imitation [13].

There are 28 phrases listed, and the caregiver is asked to report whether his or her child understands each phrase. Three hundred ninety-six vocabulary items are listed, and the caregiver can indicate whether the child “understands” the item or “understands and says” the item. Last, there are 63 gestures organized into five categories covering two kinds of gestures. Two categories (first communicative gestures and games and routines) are considered early gestures, behaviors that primarily involve social engagement and appear early in the first 12 months of life in typical development [14].

Three categories (actions with objects, pretending to be a parent, and imitating other adult actions) are considered late gestures; behaviors that appear later in typical development, usually by 16 months of age and that involve skills such as object-directed actions, play, and imitation. The words and sentences version contains 680 vocabulary items, and the caregiver indicates only whether the child produces each one, with no reference to understanding. The second part of this version includes a variety of grammatical items [15].

SCS-PV (Social Communicative Scale Preverbal): The evaluation scale includes a section (JAS) for the evaluation of joint attention both on initiative (IJA) and in response (RJA), a section for early social interactions (SIS), a section for early imitation (IS) and one for symbolic game (SPS). The abilities evaluated through this scale are those early that normally emerge between 12 and 36 months. Early imitation (IS) under scale involves three types of tests: gross motor imitation, fine motor imitation and imitation with objects [16].

After careful evaluation of the inclusion criteria for all children at the age of 2 years, the IS subscale of the SCS-PV test was administered for the assessment of early imitation skills. At the age of 32 months, the Mc Arthur questionnaire was administered to the mothers both in the Italian form (short form) and in the English form (short form). Following the data collection, we investigated whether there were correlations between early imitation skills and foreign language learning [17-19].

Data analysis was performed using the SPSS 26.0 statistical survey software (2019). Significance at the level of 1% (α<0.01) has been accepted. From the analyses it was possible to correlate the SCS-PV subscale with the number of words learnt at the age of 3 years [20].

In this study, we performed a correlation analysis to investigate whether early imitation skills at the age of 2 correlated with the number of words learnt in Italian and English in the same children at the age of 3. Our analysis found a significant positive correlation between the SCS_EI and IL subscale (r=-0.966; p=<0.01). This indicates that as the ability of early imitation increases, the number of words in Italian known by children at the age of 3 years increases as well [21].

In addition, our analysis found a significant positive correlation between the subscale SCS_EI and EL (r=0.965; p=<0.01). This indicates that as the number of early imitation skills increases, the number of words in English known by children at the age of 3 years increases as well (Table 1 and Figure 1).

Table 1. Correlation between SCS_EI and IL and EL.

Figure 1: Correlation between IL and EL.

Foreign language learning at an early age has not been the subject of much study. We often discuss about educational practices and different methodological approaches to facilitate the learning of a foreign language to children: using the repetition of songs, words or phrases seems to be the most developed. Therefore, determining the quality of the school environment in early childhood education is of paramount importance, and it can assist in the understanding of children’s relationship with language acquisition. This theme has also attracted the attention of some researchers [22].

Language development in children presents individual differences not only with respect to acquisition, but also to speed and quality. This development is thus complex and dependent on a number of factors, which range from neuropsychological maturity, affection, and cognitive development to the contexts in which the child is inserted. In the thematic area of language and family environment, three articles addressed the correlation between language development and stimulation of children’s language by parents and parent-child interaction. In these studies, language stimulation is characterized by the use of parental spatial language, which is defined by words and terms with spatial information and aspects; by the number of words used by them and the quality of such stimulus; and by the quality of the dialogues/conversations established between parents and children.

The main feature is that the child must learn by playing, learning by making and acquiring new learning’s through incentive motivation and through direct experience in the life situations to which they are exposed. During this process, adults serve as a model because children learn mainly by imitation. Analysis of the knowledge produced on the theme so far described becomes relevant, given that language development can be influenced by several factors: cognitive, behavioral and social.

Finally, there is a shared opinion about the fact that the lack of study on how early imitation skills could interact to the ability of learn a foreign language should be more investigated. A limitation could refers to the sample: It could be necessary an extension of the sample and a follow-up over time in order to evaluate foreign language learning over time because of the development and the interaction of other skills that child acquires inevitably. This study indicates that further research in this area could help future interventions not only with respect to the promotion and prevention aspects related to language, but also to improve children health and education.