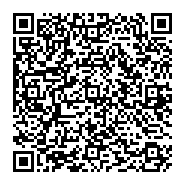 Objective: Children with CAKUT have difficult decisions about their prognosis. We developed end stage renal disease (ESRD) or mortality risk prediction models for children with CAKUT which included comorbidities, laboratories and measured of renal ultrasonography.

Material and methods: This is an observational, case and control study, involving 120 patients with CAKUT, who were divided into two groups type of CAKUT: the obstructive type and non-obstructive type. All patients were followed for at least 4 years. Detailed history of CAKUT and symptoms pointing to these diagnoses was obtained. Urine NGAL (uNGAL) and imaging studies (MCU and renal ultrasound) were performed for all of participants. Primary end point was a composite one that consisted of halving of eGFR or recurrent urinary tract infection. Secondary end points included ESRD (eGFR less than 15 ml/min/1.73 m2) or death caused by renal.

Results: The mean age of the patients was 7.5 ± 4.1 years and 60% were boys. Sixty two percents of patients had obstructive diagnosed of CAKUT. In bivariate analysis there was strong association between sex, type of CAKUT and uNGAL. After logistic regression, type of CAKUT andurin NGAL continued to be associated with ESRD or death. Based on regression equation then the risk prediction model for children with CAKUT are y=-4.787+3.012 × total score. Total score are defined based on type of CAKUT and classification level of uNGAL.

Children with CAKUT require follow-up to minimize complication such as recurrent urinary tract infection and end stage renal disease (ESRD) [1-3]. Accurate prediction of morbidity or mortality poses unique challenges in children with CAKUT. Risk prediction models can also be valuable to identify patient at high risk severe complication in young ages. In addition, the limitation of DMSA renal scans to observe renal scarring after vesicoureteral reflux in CAKUT, such as economic burden, radiation and sedation, limit its usefulness in developing countries children [4]. Most risk prediction models for mortality in CAKUT have incorporated both traditional risk factors (patient demographic and comorbidities) and risk factor more common in the children such as sex, age and proteinuria [5-7]. Conversely, there has been a surge of interest in biomarkers throughout CAKUT [8]. Urine neutrophil-gelatinase associated lipocalin (uNGAL) has been extensively used for predicts acute kidney injury (AKI) [9] but the used uNGAL for predicts ESRD in pediatric CAKUT is still debated. Urinary NGAL level may be useful for monitoring status damage to obstructive nephropathy in mice [10]. It is expressed by tubular epithelial cells in response to tubulointerstitial damage and frequently occurs in the course of kidney disease progression [11]. The other author failure to showed uNGAL as risk prediction of progressive CKD in adult [12]. We assessed the ability of traditional and biomarker uNGAL to become risk prediction pediatric CAKUT models.

This study was performed a cohort study conducted in the Department of Pediatric Nephrology, University of Sumatera Utara, Medan, Indonesia. This study was done over a period of 4 years from February 2014-February 2017. After written informed consent and ethical clearance from University Sumatera Utara, patients CAKUT with stable kidney function for at least for 6 months were enrolled in this study. All new cases between the ages of 1 and 17 years with CKD stage II-IV were divided according to KDIGO (Kidney Disease: Improving Global Outcomes) guidelines [13].

A total of 122 children were enrolled in this study, 120 children completed the study until the end-point and 2 children dropped out of the study. After enrolment, these patients were followed for 18 months. The diagnostic criteria of CAKUT were a defect of the renal parenchyma and or urinary tract malformation documented by renal US and voiding cystourethrogram (VCUG). Combined data obtained VCUG and sequential renal US were considered to demonstrate partial or complete obstruction and to show the extent of kidney damage.

In the progression of the disease, our study was decided on the basis of declining eGFR or progression of CKD stage, ie, progression from stage II to stage III or stage III to stage IV. The Schwartz formula was used to calculate eGFR [14]. The staging criteria for CKD were defined as: Stage II kidney damage with eGFR of 60–89 mL/min per 1.73 m2; stage III eGFR of 30-59 mL/min per 1.73 m2 and stage IV eGFR of 15–29 mL/min per 1.73 m2 [13]. Patients with non-syndromic vesicoureteral reflux (VUR), malignant kidneytumors, sepsis, massive proteinuria,treated with steroids or immunosuppressive agents were excluded from this study. Because of CAKUT is life-long disease, so chronologic age was used as the index date instead. To ensure the validity of the index date, patients were monitored for at least 6 months and those with incomplete observation were not included in this study.

According to our department protocol, the measurement blood urea and serum creatinine, were measured at admission and thereafter 6 months. A random morning urine sample was obtained and measured for urine albumin by turbidimetric inhibition immunoassay [15]. Urine NGAL was measured using the R&D Systems Europe R&D Systems Europe ELISA, which is a sandwich enzyme immunoassay for the quantitative measurement of human NGAL. Examination of uNGAL was done after 3 months of recurrentUTI or any destructing event that cause progressive renal injury. To the best of our best knowledge there are no published dataon cut off level of uNGAL in stable CKD with CAKUT patients, so calculated to distinguish stable and non-stable CKD in CAKUT have done. Renal ultrasonography wereperformed on all enrolled patients within the first 3 days after admission. A voiding cystourethrogram was performed before patients were discharged only if vesicoureteral reflux (VUR) was clinically suspected.

Continuous variables were expressed as a mean ± standard deviation. Student’s t-test was applied for comparison of data having a normal distribution and Mann-Whitney U test for non-Gaussian distribution between groups. Chi-square test was used to compare categorical variables. Receiver operator curve analysis was done to log NGAL and identify the optimal uNGAL cut-off values to predict the worst prognosis.

A backward stepwise logistic regresiion was done where individuals with the outcome are defined as ‘event’ and the rest as ‘sensor’. Variable exclusion was set to a P value of 0.1. Finally, a predictive model was then constructed.

The Ethics Committee of the Medical Faculty University of Sumatera Utara approved the study and the parents or persons responsible for the children gave written informed consent to participate.

In follow-up data (Table 2), showed that frequency of sensor and event were 46 and 74 respectively. Cutoff uNGAL was done by constructed receiver operation curve (ROC) as Figure 1, showed cutoff uNGAL, whereas the cutoff 435 ng/mL have area under the curve 0.744 and p=0.001. 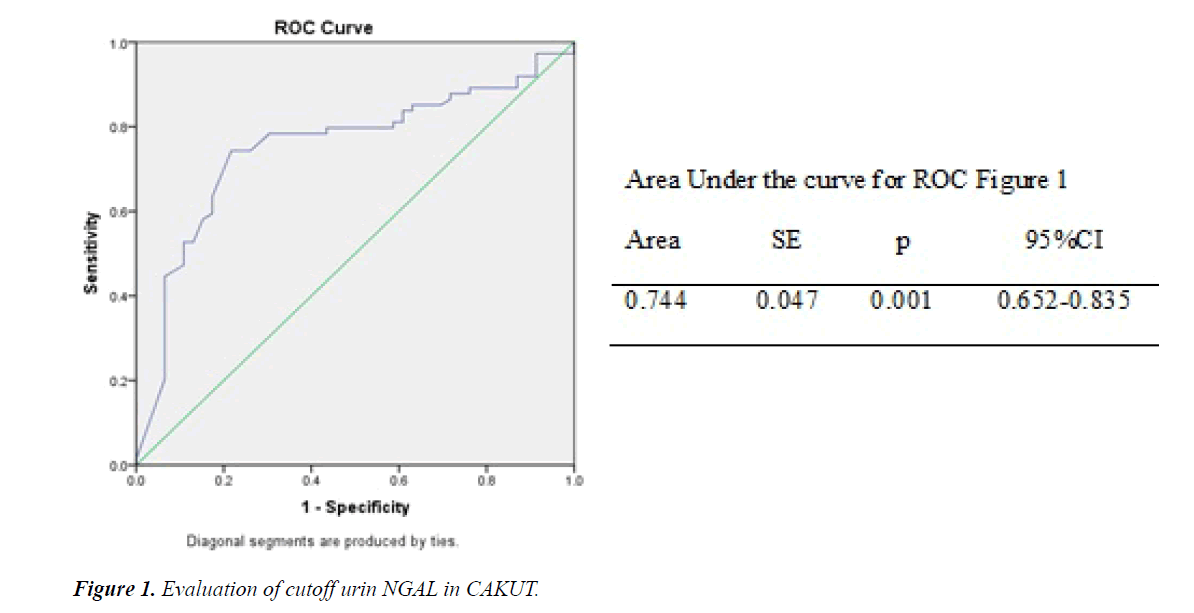 a. Variable(s) entered on step 1: Type cakut, clasurinNGAL, and sex.

Concept of urinary tract obstruction are any restriction to urinary flow that left untreated will cause progressive renal deterioration. Renal injury due to chronically increase pressure of urinary tract such as in UPJO or UVJO, results in chronic renal injury associated with renal scarring and vesicoureteral reflux (VUR). There are 3 major mechanism which is play in renal progression:

Since our study didn’t measure scar extension by DMSA so correlation between uNGAL dan scar extension wasn’t clear. However, as showed in Parmaksiz [17] study that there was dose response relationship between renal scarring and modest increased uNGAL. Further, in obstructive CAKUT with highly level of uNGAL may be due to delay of surgical release of obstruction and could result progressive deterioration of renal function even after surgical correction was done.

This study indicated that NGAL represents a novel risk marker of kidney injury. Urinary NGAL showed predictive power progression CKD into ESRD. In adult CKD patients, urinary NGAL just not a simple replacement index of baseline GFR, because after adjusting GFR, uNGAL still have power to predict CKD progression [18]. Urinary NGAL might be particularly useful in the evaluation of kidney recovery in patients with low-grade proteinuria. Proteinuria is an important direct mediator of tubular epithelial cell injury and urinary NGAL increased in parallel with the degree of proteinuria [19]. In CAKUT, commonly found low-grade proteinuria and after treatment of CAKUT also found the same situation. In these circumstances, urine NGAL continues to increase especially in CAKUT with CKD stage 3 and 4.

Urinary NGAL is a protein produced by kidney tubular cells and can reflect damage in renal tubules. The increasing production of urine NGAL occurred if increased of cell tubular injury, such as in obstructed kidneys and or recurrent urinary tract infection. In this situation, NGAL was highly expressed in the distal tubule and accumulated in the urine collected from the pelvis renalis. Kuwabara et al., found that in the unilateral uterine rat model obstruction (UUO), urinary NGAL levels in rat urine experienced the highest levels.10The highest level of uNGAL has been shown in obstruction type of CAKUT/UPJO [20] and this biomarker mediates cell proliferation or CKD progression. Forster et al., studied uNGAL in patient with neurogenic bladder and found that uNGAL is increased in urinary tract infection children compared with urinary tract colonisation [21] (20 juli 2018 tentang iron NGALforster). These proved that uNGAL has been shown to be a good predictor of renal injury prior to changes in eGFR [22].

Concentration uNGAL in CAKUT patients differed from another study by Zappitelli et al., [23] which done in AKI setting. Concentration of uNGAL in this study around 300 or 400-fold higher than concentration uNGAL in study Zappitelli. Concentration uNGAL in CAKUT patients were associated with progressive kidney injury with other comorbidities such as obstruction of urinary tract and or recurrent UTI. Yilmaz et al. [24] found that uNGAL have higher sensitivity and specificity (98% and 76% respectively) to UTI. Urine NGAL could be used as sensitive marker for predicted UTI in the absence of CKD with lower cutoff value. In this study, we found cutoff value higher than study by Yilmaz et al., [24] but quite similar in Forster et al. [21]. We determined the optimal cutoff value for uNGAL (435 ng/ml.) in patients CAKUT with impaired renal function but didn’t reach ESRD. Further studies should be done to confirm this cutoff value in assessing progressivity of kidney injury in CAKUT patients.

In CAKUT children it is necessary to prolong the follow up after adolescence because of the risk of severe CKD and ESRD. The ItaliKid study showed that children with moderate and severe CKD, had a risk to develop ESRD estimated at 70 and 97%, respectively [25]. Children from milder CKD had a risk to develop ESRD. Role of urinary NGAL to predict severity CKD in CAKUT patients found to be established, so patient at risk severe CKD could be identified. Using the predictive model to stratify patient risk for worse prognosis can assist professionals involved in the care of these patients, who may possibly establish appropriate measures for each risk group. This study develops new prediction score for CAKUT (score 0-3) based on type of CAKUT and classification level of uNGAL. The future challenges for the role of biomarker in treating CAKUT patients are relate to prognostic indicator of renal progression.

This study had several limitations which may have influenced the results. We included various types of CAKUT disease with varying severity of GFR. Patients were administered according to obstructive or non-obstructive types of CAKUT but these factors may affect the number of patients achieving “recovery” to evaluate the predictive value of urine NGAL from the beginning of treatment.

The authors gratefully acknowledge that the present research is supported by Ministry of Research and Technology and Higher Education Republic of Indonesia. The support is under the research grant DRPM 2018. Contract Number 144/ UN5.2.3.1/PPM/KP-DRPM/2018.